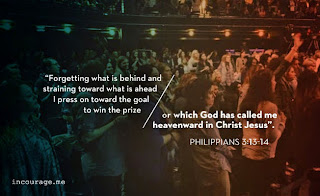 We've all seen pictures of Persian princesses. The beautiful shimmering brightly colored dresses. The jewelry adorning the hands, the feet, the head. The elaborate make up. We picture rooms filled with plush pillows. And there's always a handsome prince around somewhere. Right? Haven't we all secretly wanted to be somewhere in this scenario?
Well back in the days of King Xerxes, who was the ruler of Persia, the people of God lived side by side with the Persians, and had for many years. They had assimilated themselves into the Persian culture, in dress, speech, diet, behavior and custom. They were for all intents and purposes "undistinguishable" as Jewish people. Adhering to the laws of Moses would have been "conspicuous" and possibly cause to be ridiculed or persecuted. So they had in essence forgotten their identity.

As American Christians we have become much like the Persian impersonators. We are so steeped in the culture we have become indistinguishable from the world. We have lost our sense of identity. We have forgotten who we are. We have  "assimilated"

Romans 12:2 says "Do not conform any longer to the pattern of this world, but be transformed by the renewing of your mind.....
2 Corinthians 6:17 - come out from them and be separated......

The Persian Jews needed reminding of who they were, and if you read the book of Esther you'll see they were threatened with annialation.
Of course God wasn't about to let that happen. But He did allow things to be shaken up enough to bring them back to Him.

When you go to work, to school, or to the grocery store, can others tell you are a follower of Christ? Do you hold yourself to a higher standard in your behavior, your language, your dress, even your countenance? Or have you assimilated so much that you just blend in?
Does this mean that you should wear a t-shirt that says "I am a Christian?" Not necessarily. But you shouldn't be ashamed to either. I've seen many people with a cross around their neck and even a scripture tattooed on their neck with the mouth of a sailor. They wouldn't stop to feed the hungry unless you paid them.
No, what God expects from us is that we seek to be like Him. In all we say, all we do. In all our ways to acknowledge Him. To stop and think before we speak. To realize the world is watching.....
We should strive to be different. Not obnoxious but distinctive. The influential nor the influenced.

In light of how things have declined so quickly in the world with regard to Christianity, it will become increasingly difficult to stand out and be set apart. Like the Persian Jews we will be subjected to ridicule, and even persecution. But being set apart is what God has called us to be....He is not ashamed of us. What an honor! To be the person that others come to and say, " I want what you have" not the person that never speaks up, so that those people look up from hell and say "why didn't you tell me?"
Remember, you may be the only person to let someone know that God is real.

So are you a Persian impersonator? Or are you proud to be a child of God?